Vegetable Oils Are Making Us Sick!

Much like plastics, as discussed previously, another pervasive substance in our lives is oil. Not the kind of oil that plastics are made of but the kinds of oil in which we consume. Essentially, there is only one type of oil that is safe to eat. Unfortunately, almost every processed and ultra-processed food contains one or more of the types of oils that are not safe to eat. So, before we get to the safe oils, let us talk about the harmful oils and why these oils are so bad for us.

Most oils found in our food today like canola, peanut, as well as a plethora of other vegetable and seed oils are known as “industrial oils.” The reason they are known as industrial oils is not because the food industry uses them, but that they were created for machinery. Before the common era, the Egyptians began using olive oil to move large objects and animal fats to lubricate their chariot axles. Vegetable oils obtained by expressing the oil with pressure were common from then on and can still be found today, but in 1859 a new substance would drastically change the world around us.

In 1859, the very first oil well was drilled in Titusville, Pennsylvania and the petroleum age began. So, now we live in a world where almost everything among us is a derivative of crude oil. Unfortunately, it began with the food supply. Proctor and Gamble quickly discovered that cottonseed oil, previously considered as “toxic-waste,” could be chemically altered through a process called hydronation and converted into a solid that would soon be marketed and sold to the American public as Crisco. Many other vegetable oils followed, but extracting oil from seeds requires a helping hand from a naturally occurring component of crude oil and natural gas.

Hexane is a straight-chain alkane with six carbon atoms, a significant constituent of gasoline, and hexane is the solvent used to extract oil from seeds. Hexane is also used in industrial cleaning and degreasing applications as well as the formulation of adhesives. How much Hexane remains in the oil and the safety of consumption is of contentious debate. What is not debatable is that popular oils like Canola Oil, would not be found outside of machine shops and mechanic’s garages fifty years ago.

Hexane is used in the processing of canola oil, peanut oil, soybean oil, corn oil, most olive oil, and just about any other seed oil you can think of. Hexane, just like gasoline, is highly volatile and in 1981 was responsible for an explosion at a soybean processing plant in Louisville, Kentucky that destroyed over 21 kilometers of sewer lines and streets. Fortunately, there were no fatalities on that fateful day in February, but there were four injuries.

On August 29, 2003, workers in Sioux City Iowa were not as fortunate. A soybean processing plant that makes soy protein for “natural foods” ignited and killed two. Explosions have occurred in South Africa, Italy, and Mexico, resulting in over 200 dead and more than 600 injuries.

“Short-term exposure to air contaminated with hexane affects the nervous system and can cause dizziness, nausea, headaches, and even unconsciousness. Chronic exposure can cause more severe damage to the nervous system. If swallowed, it may cause severe abdominal pain and impact the respiratory system, resulting in shortness of breath, coughing, burning of the mouth, throat, or chest, and even chemical pneumonitis. Personal protective equipment is recommended whenever handling hexane.” 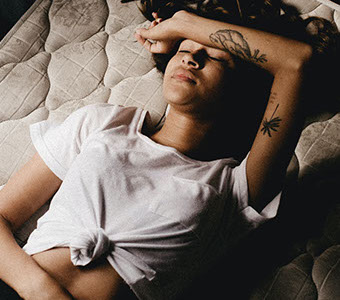 And while recommended amounts of Hexane residue have been established by the EU, the FDA does not set maximum residue levels nor require food manufactures to test for residue. When The Cornucopia Institute tested for the levels of hexane residue in soy ingredients used in the United States, they found samples that registered twice as high as what the EU standards allow. However, even in allowable amounts, the notion that Hexane is safe for ingestion is far from conclusive. In 1999 hexane exposure was linked to nerve damage and even paralysis in humans; as concluded by an extensive study by the United States Department of Health and Human Services. The fact is that hexane is a neurotoxin and a pollutant and can enter the body through the nose, mouth, or skin and has even been found to have been transmitted during nursing. It stands to reason that there is no safe level of any chemical component of petroleum that is beneficial for consumption. However, avoiding hexane in the food supply is easier said than done. More on that in a minute.

There is more to these oils than hexane though. Seed oils are high in Omega-6 fats, which aren’t inherently bad for the human body and are essential to living but only in very small amounts. The problem is that seed oils have a high concentration of Omega-6 fats and they are highly unstable when exposed to heat, light, or oxygen. Yet, seed oils are put into a clear plastic bottle, constantly exposed to light, and often heated and reheated causing a kind of damage to the oil known as oxidation. Oxidation causes the creation of free radicals, which damage DNA and thus leads to cancer. These oils are so highly unstable that synthetic antioxidants are added to them to prevent their rapid degradation and improve their shelf life. These chemicals include BHA, BHT, and TBHQ which have endocrine-disrupting, carcinogenic and immune-disrupting effects on their own. When we heat these oils, they break down rapidly and oxidized fats that are highly inflammatory when consumed. Restaurants repeatedly heat these oils, which results in the oil being saturated with toxic by-products.

Still, further, another concern when it comes to industrial seed oils is that the body needs a healthy balance of Omega-6 fatty acids to Omega-3 fats. The ideal ratio lies somewhere between 1:1 and 4:1 Omega-6 to Omega-3s. However, the consumption of fried foods can easily lead to a scary imbalance and a host of inflammatory diseases including Alzheimer’s, dementia, autoimmune disease, cancer, cardiovascular disease, depression, gastrointestinal disorders, gut flora dysfunction, asthma, obesity, arthritis, liver damage, macular degeneration, infertility, allergy development, insulin resistance, and diabetes. Even if you do not regularly eat fried foods, industrial seed oils are found in everything from fresh-baked bread to potato chips, crackers, frozen foods, packaged foods, boxed foods, fast foods, and even in freshly prepared foods.

So, how do we avoid these oils and what oil can I use and eat? First, go to your pantry and throw out every oil that does not say “cold-pressed” or “expeller-pressed.” Cold and expeller-pressed oils are easiest to find in the form of extra virgin olive oil. This is because olives do not need chemical extraction and high heat to retrieve their oil.

Now, stop eating all processed foods and reduce your consumption of restaurant foods. Also, do not eat grain-fed animals. Most crops grown for grain and oil are genetically modified plants that are nutrient-poor and toxic-chemical laden. Evidence suggests these and other toxic byproducts of industrial seed oils, which are a large part of their diet may accumulate in their flesh. Therefore, when you ingest grain-fed animal meats you too may become a receptacle for toxic byproducts of industrial seed oils.

So, where can I get a healthy balance of omegas from? I say, go straight to the source. Incorporate, chia seeds, sunflower seeds, sesame seeds, and flaxseeds into your diet. Other foods like walnuts, avocados, and brussels sprouts deliver on omegas too! I tend to spread seeds over salads, oats, grains, pretty much anything I would eat out of a bowl.

Cold-pressed oils are created simply by crushing the seed. This process does not take much energy and temperatures do not reach above 50 degrees Celsius or 122 degrees Fahrenheit. Keeping temperatures low allows for the oil to retain more antioxidants than when processed at higher temperatures. Expeller pressing requires forcing seeds through a barrel-like cavity that creates friction in which the oil endures temperatures up to 140 to 210 degrees Celsius or 284 to 410 degrees Fahrenheit. The process does not use any added heat or chemicals but will lose more antioxidants and in turn stability. The key when using either of these oils is temperature.

Olive oil is healthy for you when drizzled at room temperature. You may even observe pan-frying with reserved amounts of olive oil at low heats without adversely affecting your health. However, make sure you keep the temperature below the oil’s smoke point. Extra virgin to virgin olive oil’s smoke point ranges from 160 Celsius to 210 degrees Celsius or 320 to 410 degrees Fahrenheit. At these temperatures, the oil begins to break down rapidly, which could potentially release harmful free radicals.

I have spent the better part of the past year trying to avoid industrial oils in snack foods and bread, carefully reading every label, pouring over the ingredients, only to find an industrial oil, 99 percent of the time. But, I recently discovered a few shortcuts:

When it comes to olive oil there are many types and it can be extremely confusing. You will not always know exactly what process was used, how refined, or how blended the oil is without researching a particular brand item. Extra virgin olive oil will always be the least refined. Some refining may go all the way to using charcoal or chemical filters but will still not use solvents. Pomace is a blend of refined olive oil that does use solvents to extract oil out of all the smashed leftover bits of the olive. I do not recommend consuming pomace.

Sourdough bread and French- style baguettes do not require oil to make, so, in most cases, it should be safe to assume any sourdough bread or French- style baguettes you consume are oil-free. Many other breads, like Ciabatta bread, and baguettes do not need oil ether- but you better check the label (just in case). Panera Bread makes a Ciabatta roll with extra virgin olive oil, so it should be safe to eat. When it comes to buying packaged foods, if the package has the USDA Organic stamp on it, then it will not contain any solvent-based oils. Hexane is no longer allowed in organic foods, and this also means that the food is GMO-free as well.

A good example of this type of acceptable processed food is Nabisco’s Organic Triscuit Crackers. They are USDA Organic Certified, Non-GMO Project verified, and only contain three ingredients: baked whole grain wheat, sea salt, and organic expeller pressed sunflower oil. Other expeller-pressed seed oils  are healthier than industrial oils as well. On occasion, I have found expeller pressed canola oil at the supermarket. Processing canola oil in this fashion should retain a healthier fatty acid and antioxidant profile similar to that of olive oil.

The consumption of industrial oils is the underlying cause if not directly responsible for the vast majority of modern diseases. Human beings are evolutionarily incompatible with these oils. The primary fatty acid in these oils is linoleic acid, and while our hunter-gather ancestors had a diet where linoleic acid only comprised 1 to 3 percent of their total caloric intake, our modern diets have more than doubled that amount. Up until the 1900s, human beings did not consume any industrial oils. By the year 2000, the average American consumed four pounds of soybean oil alone. Today, that number has increased to over 26 pounds a year. And remember, that is only one industrial oil measurement pulled from a diet saturated with industrial oils. Now, consider all the other industrial oils consumed regularly and it is easy to see why the American food supply is so detrimental to our health. This may be the most consequential dietary information you come across in your lifetime. It is my sincere hope that you stay well. Maybe together, we can raise awareness and change the landscape of the modern food supply so that it is no longer toxic.

To hear the audio version of this story click here.

Sign up for special offers and invites to try new products!